A Whirlwind of Fun & Changes... and some Thai Green Curry Paste

Company came to visit and got to swim with the Whale Sharks.
Rent went up to $900 US at the sail loft, so we closed it.
Boat Girl had her 14th Halloween Birthday.
And I made Thai Green Chili Paste with my mother's VitaMix.

A dear friend of mine (with whom I did lots of unspeakable things when we were in our early 20's... like the time we went on a business trip and accidentally stopped in New Orleans along the way...) came to La Paz with her husband to visit the Hotspurvians. Our company was wonderful and it had been way too long since I had seen my dear friend, Penny - 22 years to be exact. Penny and Don had never seen whale sharks and it was pure luck the lumbering beasts just happened to be swimming in the bay. There is nothing like the rush of being in the water with the world's biggest fish! At least that's what I have been told - I like to be the one taking pictures just in case someone gets eaten. You never know when a krill and plankton eater takes a walk on the wild side and wants a chunk of human. And since we've had to close the sail loft due to exorbitant rent I am keeping my eyes peeled for that one money making photo! 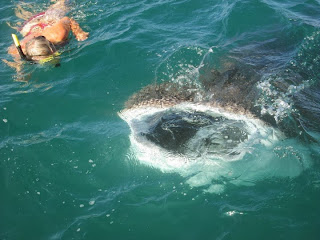 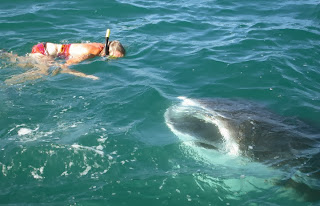 It's actually good timing that Snug Harbor Sails closed the sail loft. Rents keep going up in La Paz. Mexico is far from being the "cheap" place it used to be, especially the Baja. When a California home owner can sell a 1-bedroom studio for a million bucks and move south to paradise - let's just say that everyone seems to want a piece of the pie. $900 US dollars a month is too much to rent a dirty, leaky building... and pay commercially rated utilities on top of that, 16% aduana (tax) to import supplies and 11% IVA (local tax). And did I mention that is for only HALF the building?? HALF!!! In the famous words of Popeye the Sailor - enough is too much! So, Snug Doug the owner is taking a little break. Luckily for the sailors in La Paz, that break is only temporary until he finds another location. But in the meantime, he is doing what he loves to do - going sailing! 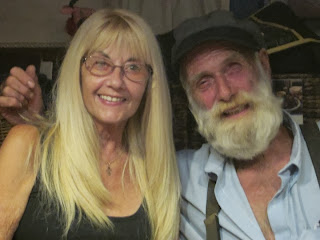 That's okay - I have so much time on my hands now that I totally got into Carolyne's 14th birthday this year. She wanted to be Tim Burton's Cheshire cat - and coming up with the costume on a budget using creative make-up techniques was SO FUN!! Clothing and shoes are not cheap in Mexico - in fact, they are expensive and usually low quality. So, we tried to use some things we already had - an old T-shirt and Carolyne's school shoes. The make up we bought at the dollar store - WALDOS it's called here. Fabric is cheap in Mexico - the tulle we bought for the skirt cost about $8 US and I have way too much left over. The hair color spray was also about $8 US and the leggings we found and paid a mere $5 US. In total, Carolyne's costume cost us about $25 US. Mexico doesn't celebrate Halloween the same way as the rest of North America, but that never stops us!


And, I promised some wonderful sailing women that I would post how to make my Thai Green Chili Paste. This subject came about when I bragged about finally getting my VitaMix blender on board - rebelling against Captain Crankypants who insists the VitaMix is too big and a space hog. He's simmered down, however, since eating my delicious Thai Green Curry - his favorite! I am only happy to share the recipe and you don't need a VitaMix to make this... but I just love using mine!! 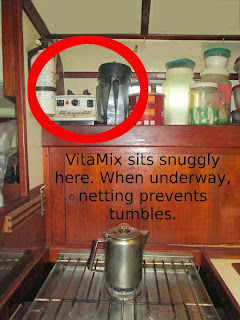 THAI GREEN CHILI PASTE
(this paste can be used in a buttload of Thai dishes. It is totally yummy if you like spicy food!!)

Place all ingredients in a food processor, chopper, blender or you can use a mortar and pestle. If too salty, add a squeeze of fresh lime juice. Captain Crankpants likes it spicy, so I sometimes add another chili pepper if it's not hot enough. I freeze what I have left over, but this will store nicely for a week or so in the fridge.


And you can make so many different Thai dishes with this paste - Captain Crankypants likes GANG KEAO WAN GAI made with either chicken or shrimp and the kids love it, too!

The Hotspur Crew usually makes a double batch because we eat the leftovers the next day - if any of it remains. ENJOY Ya'll!!