A Bookworm, a Sea Fairy & Humpty-Dumpty Learn to Scuba Dive 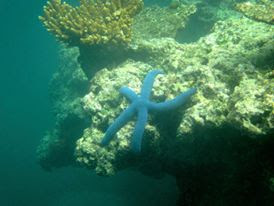 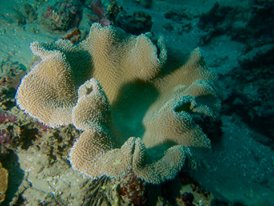 When Jim received a call from his Swedish radiologist buddy inviting him to join a group of men learning to scuba dive, he jumped at the opportunity. With the plentiful reefs and live coral surrounding the island of Tutuila, American Samoa is ideal. Jim studied a PADI book to prepare. He and my father share a similar, annoying knack – they can process their reading material into a live experience. Mind and body become one with the universe. Jim earned his Open Water certification with the ease of an experienced diver.
The Bookworm.

He enjoyed himself so much he suggested that Carolyne and I might like to take a Mom/Daughter class. Having endured piercing sharp pain while simply snorkeling was a concern, crackling like broken glass across my forehead and face. But, I signed up anyway thinking Carolyne would also love taking lessons together and it sounded easy enough. I couldn't have been more wrong.

Instead of giggling with delight over our girly adventure, on our first excursion Carolyne crossed her arms, avoided eye contact and acted utterly bored. She didn't exchange but two words with Renaud, our Master Diver, and I wasn't even sure she was paying attention to his instructions. It was hardly a bonding experience. 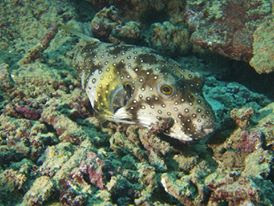 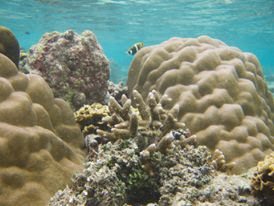 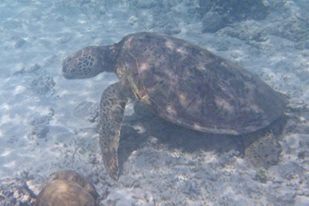 And it was on our 3rd dive I suffered severe pain in my ear. My mask felt like it was going to jet propel off my face and I was having trouble breathing. Attempts to equalize were futile. Nervous anxiety escalated until I was convinced it was a holy premonition telling me to GET OUT OF THE WATER! I sat the lesson out. Carolyne, a born sea creature, was flipping tail and soaring through the refracted aqua light with such beauteous grace that Renaud boasted she was a “natural”. She discovered she loved diving so much that she pursued her courses unabashed and quickly earned her Open Water certification.
The Sea Fairy.

I was sadly never able to complete the first level. I pictured Jim and Carolyne going on fantastic underwater adventures while I stayed on dry land or putzed around the surface in my snorkel gear. With a heavy heart, I thanked Renaud for his time and went home to have a good cry. Jim tried to comfort me. “Describe your problem”, he gently coaxed. Through my blubbering I managed to squeak, “I... have... mental...”
And... that about sums it up.

Then a week later, Renaud invited me to go diving with him one-on-one, predicting I would do fine if it were just the two of us. We had already paid him, so I agreed to give it another try.
Plus he's 26.
And French.
And very handsome.
Trouble was immediate.
Although Renaud's instructions were excellent, upon descending I had the inability to control my BCD (buoyancy control device). (B)limping slowly to the top, gluteus maximus in the lead and arms and legs flailing, I desperately tried to deflate air out of my vest, which wasn't cooperating because my fingers aren't anymore coordinated than the rest of me. More lead weights were added to my pockets, but after several more helium-butt-woman retrievals Renaud opted to DRAG me alongside for the rest of the dive. It was humiliating... bobbing up and down uncontrollably like a silly cartoon...
Humpty-dorky-Dumpty.

But practice makes perfect. I eventually passed every required physical exercise, even filling my mask 100% with water and then purging – totally executed while underwater. My initial attempts at this were pretty rotten because of a so-called little freak-out-factor, and so I was instructed to repeat this hateful drill several times over the course. I blame it on stage fright because once a curious school of yellow fish arrived and hovered in front of me. There is nothing quite so intimidating as performing water tricks in front of an aquatic audience. After 10 sloppy efforts, I finally purged the water from my mask completely. The unimpressed fish left before intermission and I could swear one of them even booed. 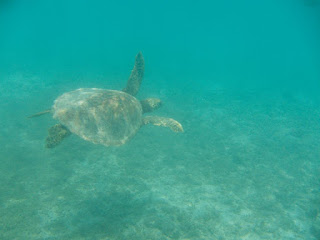 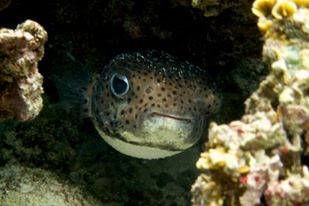 It took me twice as long to get halfway there, but Renaud (patient saint that he is) encouraged me along until I finally obtained my Open Water certification with no further mishaps... including death-defying underwater feats, like removing my weight belt and BCD and then dressing into them again and removing my mask, swimming 10 meters, replacing the mask and purging. 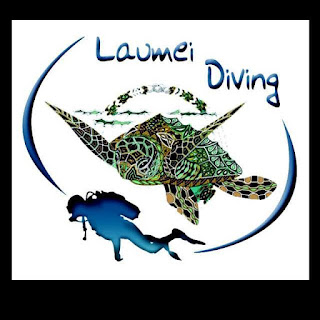 I emailed my sister, bragging of my triumphant diving achievement and detailing the mind-boggling hurdles I overcame. Her response?
“That poor 26 year old saint and his naïve self thinks you had anxiety....Pfft. I know better. This is you...
Oh no, French boy - we are too deep - I cannot breathe - I need mouth to mouth!
Oh no, French boy....there is something wriggling in my wet suit - can you get it out?
Oh SHARK!...Hold me, French boy!”

If only I had been so clever.
Posted by hotspur at 3:42 PM 3 comments:


My teaching experience in American Samoa was an exceptional one.

My classroom was once a motel room. It was very small and had no air conditioning. Three walls had openings covered with chicken wire, inviting welcome island breeze to deposit unwelcome island dirt upon every flat surface. I didn't have the luxury of a janitor, so my daily routine consisted of wiping the grime from desks, and sweeping or mopping the filthy floor - unless I could commandeer a student's recess period with “detention”, then the drudgery of those chores was skillfully delegated to a repeat homework skipper or disruptive classroom chatterbox.


The termites reeked havoc on the tables, chairs and desks... thus, every morning my first priority upon arriving was to remove the little piles of rolly-poly termite droppings laying in lumps all over the floor. As soon as I turned on the lights, a gecko or two would skitter across the walls and disappear behind an arithmetic poster or hide in a dark corner behind the broom and mop handles.


I taught 6 classes: (3) Math, (2) History and (1) Spelling to a group of 6th, 7th and 8th graders. The pay was marginal – a person paying rent, utilities, food and the rest of life's necessities wouldn't be able to squeak by on that salary unless, perhaps, they were renting a room instead of a house and sustained on Ramen Noodles alone. And it was just a few months ago that I discovered I would not be paid through the summer (as teachers are in the USA)... therefore, my salary was quite less than I understood it would be. And if I took off time to visit a doctor because the clinic appointments were scheduled during school hours, my pay was docked for the time I missed - regardless of how many hours of unpaid overtime I had accumulated.

Yes, there was a learning curve.


The students and staff members are the only reason that every morning I kept returning to my dustpan full of termite poo. I can't say enough how much I enjoyed being amongst them.

On my last day, my 6A class threw me a surprise pizza and ice cream party. This particular 6th grade group consisted of 18 rowdy boys and 4 unfortunate girls. Throughout the year, my main challenge with my 6A group was to lasso their straying focus and squelch their constant bickering. They had this thing they would do to each other that would send one or two of the students into fits of bawling, squalling and shrieking! They would “call my dad's name”.


When the first complaint of “call my dad's name” came to my attention, I looked at the sad-faced victim incredulously and shrugged, which sent the child back to his desk in slow motion with tears streaming down his cheeks and ended with a lowered and heaving head on the desk for the remainder of the class period. I was stunned. Not knowing if I had stumbled into some ancient cultural superstitious island warrior voodooish hex thing (but realizing the intense seriousness of the effect it had on my sensitive students), I turned to them for guidance. "Okay, I give. What is the meaning of “call your dad's name?””, I asked the panorama of wounded faces. My 6A students perked right up and were only too delighted to explain to me the seriousness of it. 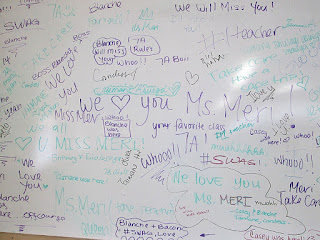 You see, when one child utters the first name of another child's father, it is considered a slight or injustice to the entire family - utterly dishonorable. It is the Samoan version of “Yo Mama”.

I paused, nodding my head up and down to demonstrate how well I understood this heinous grievance, and let that sink in for a couple of minutes while I conjured up a worthy response. Coming up with absolutely nothing other than a poor attempt at connecting dots, I pointed out that my own father's name is Perttu, simplified to Pert, and that if they needed to make fun of a father's name they could feel free to use my father's name. (I really didn't think he would mind and after all these years, with a name like that in Dallas, he's probably used to it anyway.) I triumphantly let that settle over my bewildered 6A Class. It worked for exactly one day. 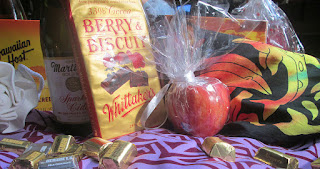 For weeks I handed out disciplinary verdicts and punishments to deal with “call my dad's name”, and for more weeks my relentless group continued to call dad's names until I could no longer take anymore fits of pure outrage, undulating wails and shuddering sobs! I lit into them good. I made up a school rule and told them that all the teachers had banded together to form a new official school policy. As of that second, I told them, it was strictly forbidden to call anyone's dad's name and that if they continued such nonsense ever on the campus at any time that they would be sent to the Director's Office for immediate suspension – or even worse – they would “suffer me!”, a successful Stryder line I learned from the Lord of the Rings trilogy when he was speaking to a group of rambunctious ghosts. That scolding earned me the cheerful nickname “Mrs. Military Meri”, which when uttered, summoned up preteen fits of non-stop contagious giggling. 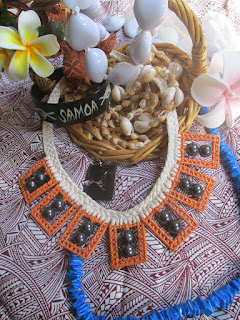 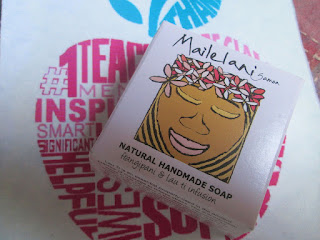 And so it was this particular group that proffered a “Going Away” party, the first surprise party of my life. Sodas, cookies, chips and all the junk food side dishes that accompany a proper pizza and ice cream party were provided at the celebration. And to get me out of the classroom so they could sneakily prepare, they feigned an outdoor fight between two of my more believable darlings. Such cunning little angels they are! And students from my other classes brought me lovely gift after lovely gift. Their generosity was overwhelming. The hugs and kisses I received were mutually returned. 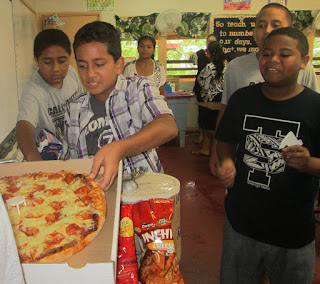 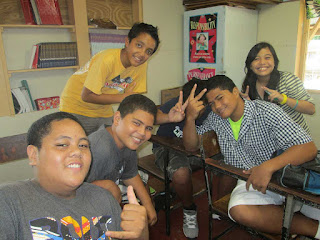 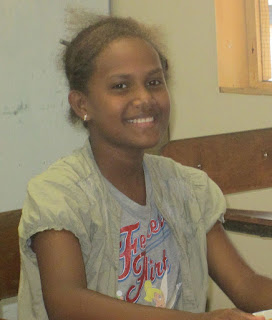