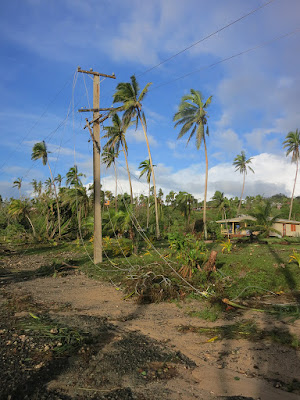 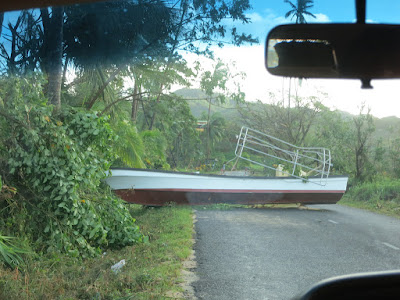 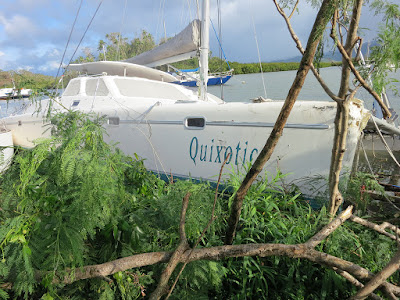 We've been super lucky over the years dodging hurricanes and cyclones. We missed Jimena in Mexico in 2009 when we ran north in our sailboat, Windfall. After destroying parts of the southern Baja, Jimena pin-balled just south of us and ran east to Guaymas and San Carlos. We never even saw a drop of rain. And we'd left La Paz just 6 months before Hurricane Odile hit in 2014, a Category 3. Other hurricanes and cyclones over the years struck well away from us, too.

When the maps tracked Tropical Cyclone Winston zooming over Savusavu we thought maybe we'd be lucky again. But it soon became clear that we needed to take Winston seriously. For the first time in almost 8 years of cruising, we took down our sails to prepare for a tropical storm. 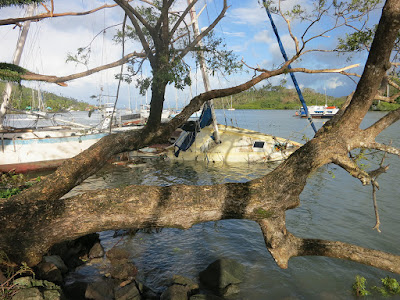 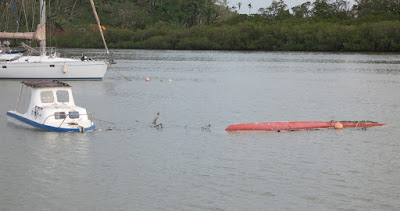 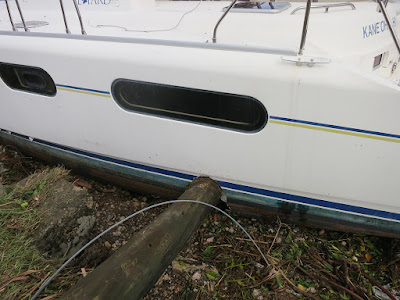 The boating community was struck hard in Savusavu. Many of our friends ended up on the rocks. Some of the vessels can be refloated. It's a slow process, but one-by-one boats are getting pulled off.

Hotspur stayed on her mooring and lost a solar panel and a few other minor things. Otherwise, she's fine. Many moorings dragged. A few boats broke free when chafe gear failed. 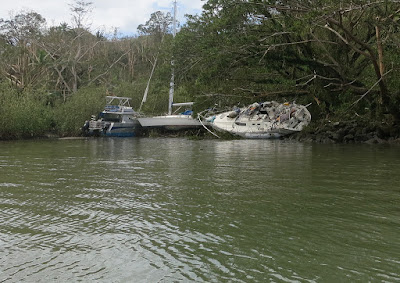 Tropical Cyclone Winston was scheduled to hit on the evening of Saturday, 2/20. It made its debut before noon. Around 10:00a.m., the Westerlund (a large ferry) tried to squeeze into the anchorage. It hit two boats before reversing back out of the entrance. The crew actually went to several boats on moorings and asked them to move! The added chaos didn't go over well in the cruising fleet.