I'm feeling a little split this holiday season. A little Sybil-esque. We're spending this Thanksgiving and Christmas in Fiji aboard Hotspur, island hopping in the South Pacific. How in the world could that be depressing? Well, I'm afraid I've caught a touch of nostalgia.

Half of me misses the "Ho! Ho! Ho!" of Colorado.
Heaps of panoramic, powder-white snow,
crackling fireplace warming my backside.
Snuggled in my favorite Norwegian wool sweater with the pewter clasps while singing carols and baking old-fashioned goodies whipped up with my KitchenAid stand-up mixer and baked to Betty Crocker perfection in my convection oven.

The other half of me says, "Ha! Ha! Ha!"
I'm half-naked in the tropics; it's hotter than sin.
And, our refrigerator quit working a week ago and we had to toss out ruined produce.
Now I have...
the perfect excuse NOT to cook for the holidays!


But, the holidays remind me of the Texas women in my family -- maybe not so much the year that my mother fell on the Christmas tree trying to put the enormous Lone Star topper on it (my father laughed and she cried). But, the tradition of smells that emanated from the kitchens of my mother, grandmothers and aunties lives strong within me. Their smiles, their laughter, an occasional swear word whispered when an ingredient went AWOL or a dollop of something dropped from a spoon to the floor... nothing says "holiday" more to me than those flashbacks of my favorite southern busy-bodies swishing around the kitchen creating magic and memories.

I remember my grandmother telling stories about her "bringing up" in Paris,Texas during the Great Depression. How she carried her lunch to school wrapped in butcher paper, a skinny scrap of pork salt sandwiched between a slice of stale bread rubbed once with a butter knife coated in lard. How neighbors, not much better off, brought her family opossum stew as a charitable act. It tasted so greasy, she told me, they could barely eat it. The slim rations of food to feed six kids (would have been eight if two babies hadn't died) didn't stretch far. Then, Grandmother caught diphtheria and they didn't think she'd make it. 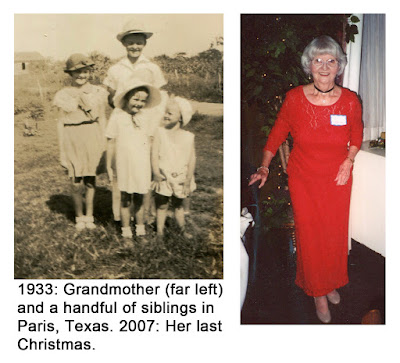 In memory of my grandmother and her siblings, now no more, I share a slice of history for anyone who's without. Whether you're:
without a doubt...
without a clue...
without 2 bills to rub together (modern-day inflation)...
or, in my case, without refrigeration... the Depression Cake (or War Cake) is super easy and surprisingly tasty. A Depression Cake doesn't require expensive or hard-to-get or refrigerated ingredients like eggs and butter and milk. Nowadays, the recipe has been upgraded to "Vegan Cake" or "Dairy-free Cake", but I still call it the Depression Cake. What's more, it's a great boat cake because you can mix it up in the same container you bake in. One less bowl to wash.


Preheat oven to 350*. Grease an 8x8 square pan. Sift first five ingredients into the pan. (And this may be a meme, but I do it anyway because my great-great grandmother's biscuit recipe also calls for creating a "well") – make three indentations or “wells” with your fingers in the sifted ingredients, two smallish and the third larger. Pour the vanilla in one well, the vinegar in the other well and the oil in the largest well. Pour water over everything and mix up good (or well). Bake for 25-30 minutes, center rack.

There is a group of American cruisers meeting for an un-traditional Thanksgiving get-together tomorrow in Savusavu. I'll be bringing... cake.
Posted by hotspur at 3:21 PM No comments: 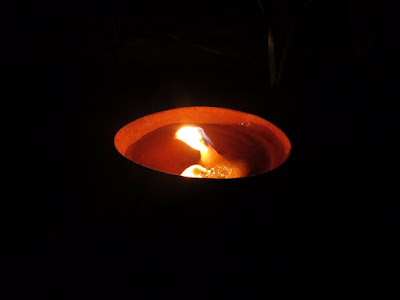 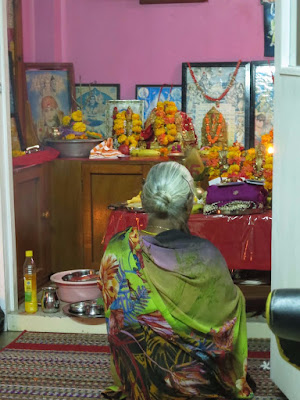 Vinyl and canvas signs were waving "Happy Diwali" as early as September in Savusavu. Not having a clue about Diwali, we asked a few locals. We were told:
"It's a very big Indian party."
"You'll see lots of lights and fireworks. It's an Indian holiday."
"You'll have invitations to Indian homes and you'll be offered sweets."
"You will walk down the street and Indian people will hand you goodies." 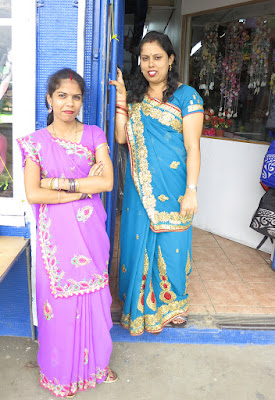 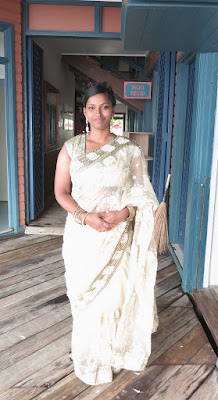 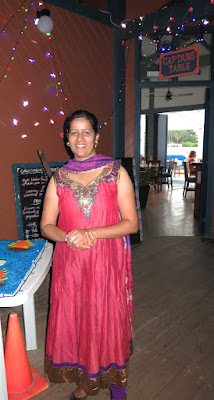 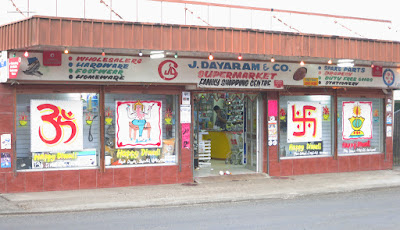 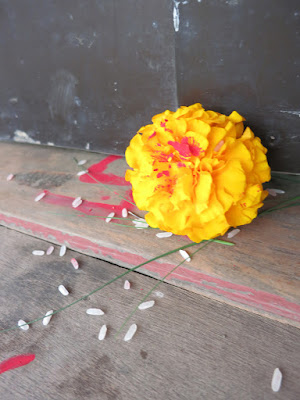 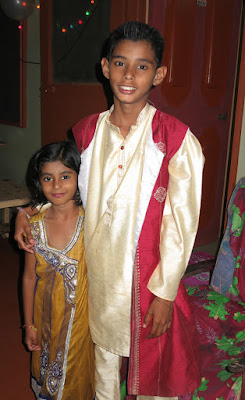 Diwali, we learned, is the Hindu New Year, the Festival of Light. We were invited to homes to share food and conversation. We were blessed with many treats, Indian cookies and candies. Before the vegetarian dishes, battle of the fireworks burst skyward in glitter explosions. If not to wrestle for the fanciest firework, then for the loudest boom. 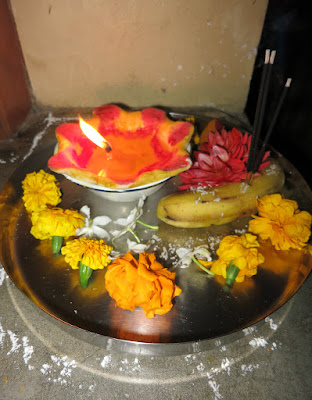 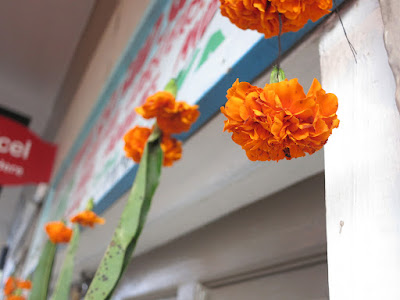 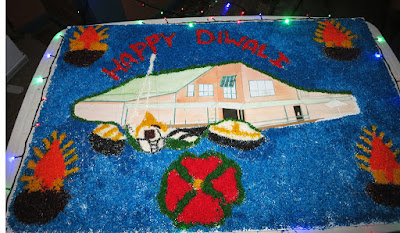 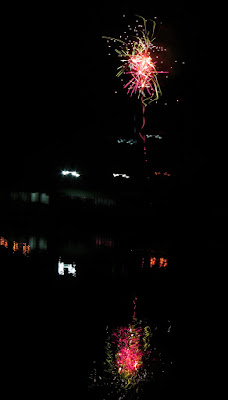 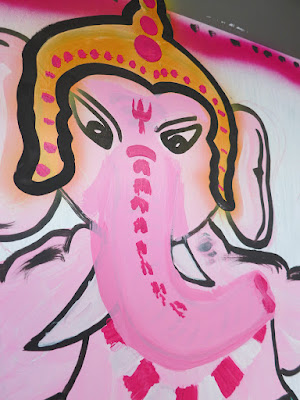 Carolyne and I dressed up for the fun! 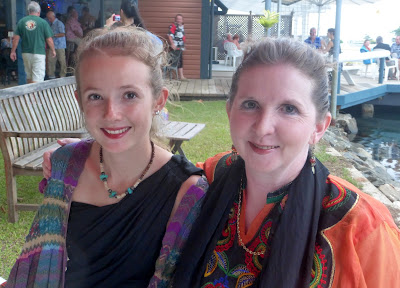 Posted by hotspur at 7:24 AM No comments: