Gaining and Losing While Cruising

It has been am emotional several weeks for everyone aboard Hotspur.

GAINING
As we are staying in American Samoa for a year or more, I put the feelers out and began looking for a job. Undoubtedly, we can always use the income. But mainly, work keeps me from feeling slothful and going bonkers. More importantly, my marriage remains healthy. Hey- cruising here and there is interesting and Jim and I don't get bored. Hunkering down to wait out hurricane season somewhere for who-knows-how-long is different... and feeling cooped up on the boat 24-7 can become a terrible trap.

It didn't take long to find a job. And I'll tell you my secret how I did it:
I met a man on a jet ski while I was at the dock picking Carolyne up from public school one afternoon. He hired me after a 3 minute conversation.
Seriously.


I am teaching Math, History and Spelling (and soon, Science) to 6th, 7th & 8th grade students at Manumalo Academy, a private school. The pay is decent; it's based on my Master's degree. I love the job. There are books for every student... also desks (although the termites love to chew on them and make a mess on the floor!) and the kids have learning pads in the classroom. My largest class is comprised of 24 students.

The twist? Carolyne had to attend their 9th grade program. She was furious for having to change schools, but the good news is that she has adjusted nicely. The private schools on the island have good reputations and most parents wish they could afford to send their children. In the public schools there are simply not enough teachers. And, there are too many students - 40+ kids to a classroom is not uncommon... not enough desks, so the kids sit on the floor... not enough books so the kids share. Once football starts, rivalry among competing schools is fierce... there is a lot of fighting. 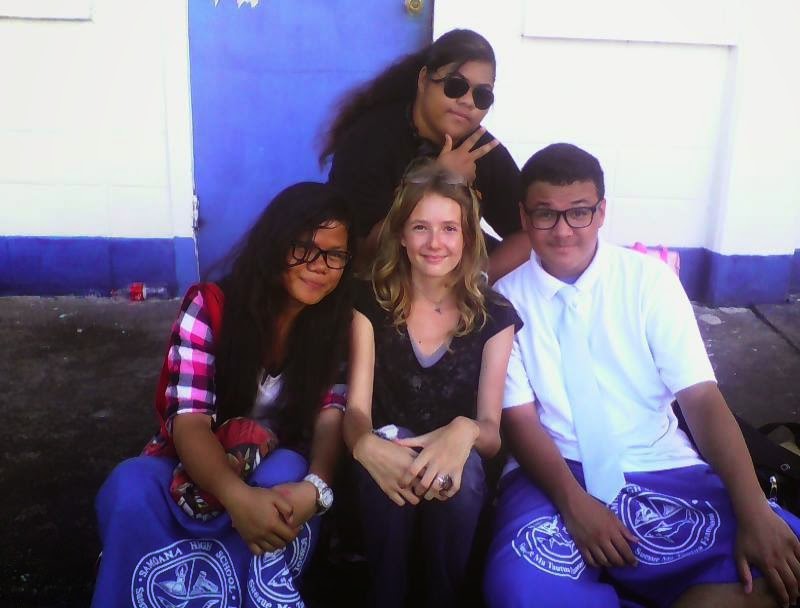 At Manumalo, Carolyne is one of 5 students in the newly developed freshman class... she gets a lot of attention and is, therefore, learning more. As a bonus, as long as she keeps her grades up she is allowed to meet up with her public school friends regularly after school.

LOSING
Meanwhile, hurricane Odile did a number on the Baja last month... where we just left 7 months ago. Many of our friends lost their boats... and three people we new well lost more... their lives.
Guenter, a popular German sailor, was a well known character in La Paz and had lived there for years aboard his boat Princess. I loved chatting with him – I never walked away from our conversations without laughing. He was fond of his little dog, Fritz. His sweet heart gave out during the chaos brought on by the hurricane and he was lost to us. The folks on sv Guenevere wrote a touching tribute to Guenter here.

Paul and Simone were fairly new to the La Paz scene... a year or so... in their 40's... a fairly young couple, divers and in good physical shape. It is simply tragic that they were killed. 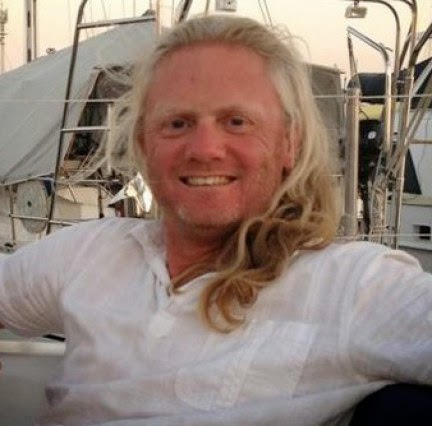 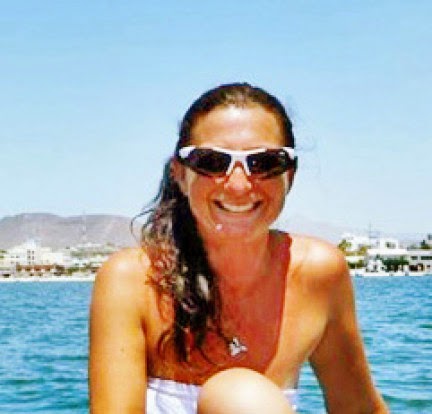 Hurricane Odile left wreckage all along the Baja. Santa Rosalia and Escondido weren't spared. Many friends lost their boats. 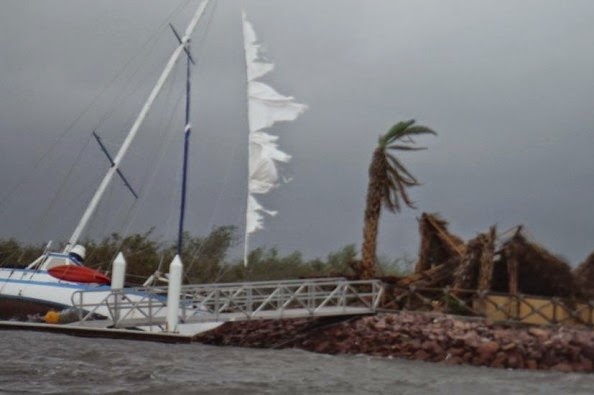 The internet here in Pago is horrifically slow and I am unable to link to much. However, here is a place where you can make donations to the La Paz effort to find homes for the now homeless sailors.
(Photos of Odile's devastation and our friends used by permission from Shelly Rothery-Ward)

But being so far away from the devastation in Mexico didn't spare us grief.
Our friend and long-time cruiser, Jack Curley on the 41' ketch Kulkuri, was preparing to sail towards Japan from Pago Pago. Jack was Jim's closest friend here in Pago.
Jim knocked on Jack's hull one Monday, but there was no answer. He figured Jack might have hitched a ride into town with someone, as his dinghy was there. By Wednesday, we felt uneasy. Jim and I went together to check. When still no one answered our knocks, Jim boarded Kulkuri. We weren't prepared mentally or emotionally when Jim discovered that our friend had died a few days earlier. It was shocking. Jack was in excellent physical condition. He rode his bike hard from Pago to Tafuna every Sunday to keep his cardiovascular system healthy. He was full of life and energy.

As far as death goes, it appears Jack spent the day riding his bike. He had a glass of wine with a friend that evening and then watched a movie on his computer. And then it looks like he fell asleep.

The weeks have been taxing physically and emotionally for many cruisers as we mourn the loss of our friends.