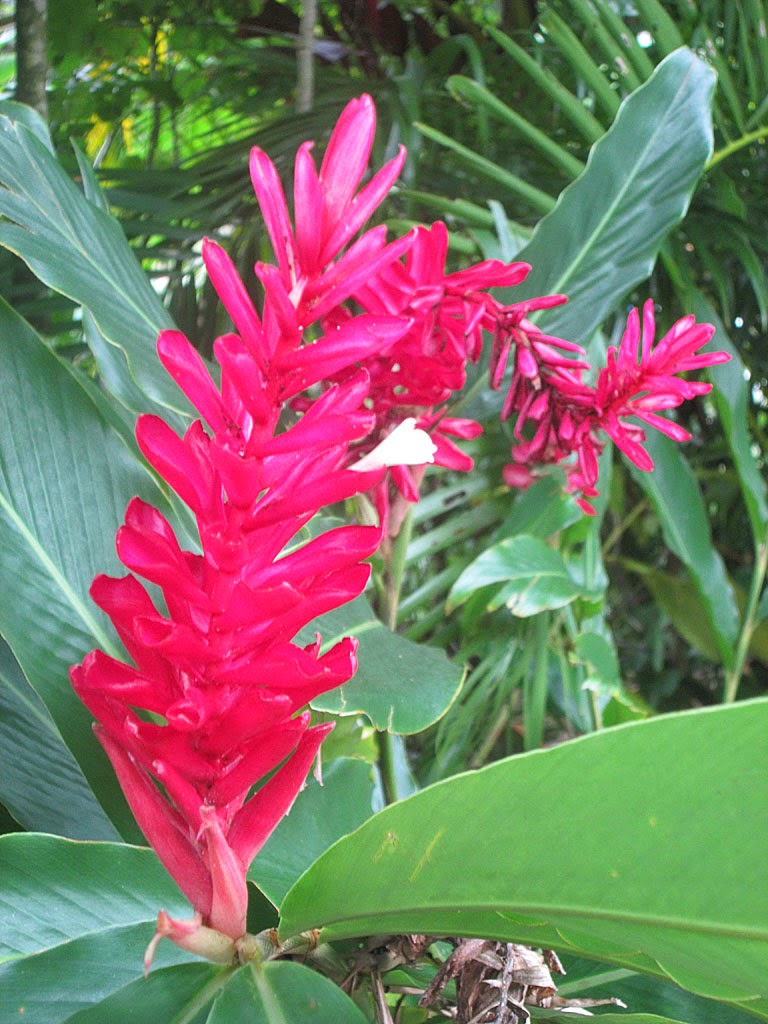 There are numerous hiking trails on the island of Tutuila. I wanted to come back to a clean and tidy boat before we took off so insisted that we leave for our trip after chores... and so we got a late start. It was a sweaty, hideously steep transit from the anchorage up to the beginning of the trail – I almost turned around. Carolyne complained and balked at every step – and I might have agreed with her except that I had to save face in front of my husband, who claimed I would “never make it”. It was a cloudy day, but all three of us were soaking wet by the time we reached the trail head at Mt. Alava. It was totally worth the effort - he view was breathtaking!


I believe we all got our second wind and eagerly began the winding trail through the rainforest. Unfortunately, we didn't get far. Because we started so late, the mosquitoes were in full force! And when Carolyne lost something on the trail and wanted to back-track to find it, we decided to make the trip again at a later date... next time starting much earlier in the morning and bringing a larger bottle of insect repellent.

Carolyne arrived at her first day of classes last week only to be told to come back at 1pm for Registration. And at the point that she was finally registered she was then directed to return the following morning for a placement exam. Carolyne was stressing a bit because she had wanted to begin her first day with everyone else … when everyone is new. But she shouldn't have worried. After her placement exam we were told all the the students had been released for another week. The school administrators were very slick and told us it was due to unfinished renovations in one wing of the building. But the news on the radio was that the principal at her school had been fired and refused to leave. That was a bit of drama, which the villagers found quite entertaining. We still don't really understand.

We had really hoped to meet new people (cruisers and expats) through the Pago Pago Yacht Club we had heard so much about. It was disappointing to learn that the club is no more... it dissolved a year or two ago - something political with the governor's office. Then, we received an email from Chuck, a cruiser friend in Argentina, who offered to connect us with his friend living in American Samoa. (Cruisers tend to be wonderful in this way!) The same day, Michael called us and Jim and he made plans to meet for lunch in the future. Hopefully, we'll get some information on what jobs may be available, expat venues and other tips and helpful hints.