PAN PAN! It Doesn't Mean the French Baker is Coming

Jim answered a PAN PAN call on the VHF radio. We were anchored in Bahia San Gabriel on Isla Espiritu Santo preparing breakfast and then planning to head south to Los Muertos. That PAN PAN call changed our plans immediately!

A boat passing by had seen what he thought were 4 kayakers stranded on the beach who sent off a distress signal - a short flash of fiery light - a flare that didn't go off correctly? The caller couldn't get into the bight, he said, to check it out and he was on his way to La Paz. So, he issued a PAN PAN call for help.


Kayaking is very popular in the Sea of Cortez. It is not uncommon for one or more of them to get in a situation. Sometimes the outcome is heartbreaking, as in the case of Victoria Seay a number of years ago.

Jim and I were anchored 4 miles south – so we put out a call on channels 16 and 22 to any boat on the island that might be closer to Ballena - the coordinates that the caller gave of the kayakers' location.
No one responded.
Not one person.
The radio was silent.
Time was a wasting.
So we started the motor.


As we hauled up the anchor and headed out to see if we could offer assistance, a sailboat crossed our bow... coming from the direction of the needy kayakers. As we rounded the point, we spotted 2 more sailboats north of us... much closer to the coordinates than we. Two miles from our destination, we passed 3 sailboats quietly anchored in the neighboring coves, dinghies lazily bobbing behind the transoms. Less than 1/2 a mile from coordinates - a  ketch anchored. And unbelievably - right around the corner from the kayakers - a catamaran sat silently. 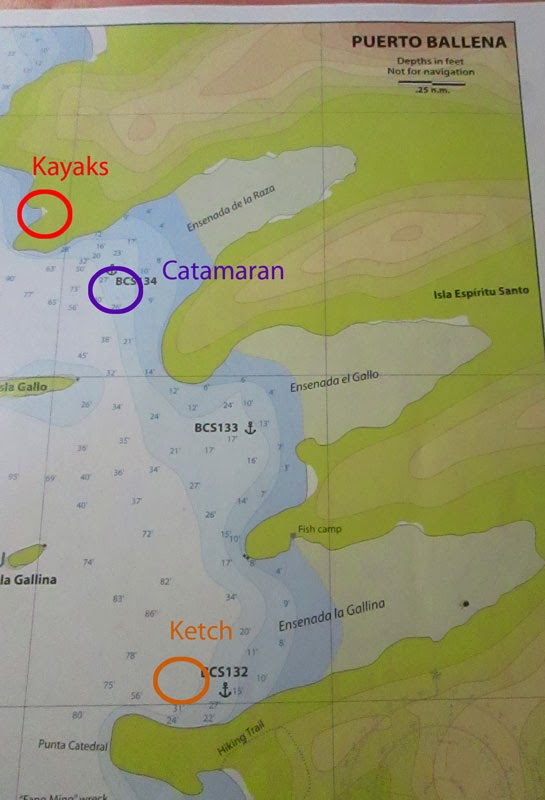 Eight boats closer than we – EIGHT! -  and not one person responded to the distress call.
What excuse could someone have not to answer a call for help?
Did they all have their radios off?
Were they all sleeping?
American and Canadian flags were flying - they spoke English!
Could it be... could it be that they didn't know radio protocol?

After this experience I can tell you I revisited radio procedure and now I want to share – because I find it hard to believe that there are cruisers out there that “don't want to get involved”.
I am hoping that lack of experience had everything to do with the lack of response we witnessed.
But still, that is no excuse... no excuse at all!
A PAN PAN call (Pronounced "pahn pahn") is not life threatening, but is an Urgent call – and it
is not to be ignored!

So, a message to the boat that hailed the original PAN PAN... you were right there!
Unless you had mechanical problems or are the size of a cruise ship, you shouldn't have passed the buck. Certainly you could see the other boats anchored nearby - you could have hailed one or two of them by name or boat description or by anchorage name.

And to the 8 boats who failed to respond, here are a few sites with guidelines and instructions for PAN PAN and MAYDAY calls. If none of these sites appeal to you, there are thousands more!

Boaters, Cruisers, Kayakers, Water Lovers...
Spread the word!
Pull out your radio protocol today and review it.
Remind your friends of a cruiser's obligation to people who call for help.
If you have children, then incorporate radio etiquette and distress calls in your cruising homeschooling programs.
Play "what would you do if..." games at dinner.
Heck, if you don't have kids - you can spice up your cruising life with a little Radio-Strip-Poker. Be creative! But please... Do it!


As for the kayakers with the distress call?
They were making breakfast with a campfire. They did not send off a distress signal.
(Yes, it was a big waste of time!)
But it doesn't matter... it might be YOU who needs help next time!
(And Jim says my people-photos I posted don't coincide with this particular blog post... but they do - they really do. Because these people are friends... just a few of the many precious friends
that you or I would want helped or rescued if they called for assistance.)

And I really hope that one of those 8 boats never calls a PAN PAN or a MAYDAY...
and has the same response they offered.