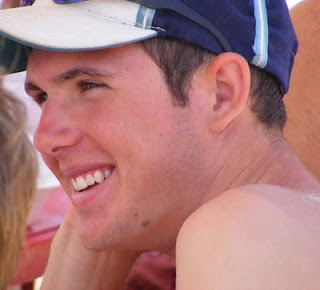 I haven't mentioned it because my eyeballs have a tendency to attempt rolling right out of my head at the mere mention of engine work... but part of the reason we are still in La Cruz (in the marina!) is because we are having engine problems. Last year, we hired the two gurus in Mazatlan to align the engine. Unfortunately, neither did the job correctly and now we have parts on the engine that are ruined. I typically don't like to point the finger because frankly - human beings make mistakes. However, this was a costly mistake to us. So, while we wait for our coupler to be re-built, our kids are having a blast... especially Tim.

Tim and his friends have been hanging out. Two are precious girls and the daughters of friends of ours. Tim attended a beach party last night in Sayulita with Coral and Salina and several other teens and he didn't get home until around 1am... that's in the morning a.m. I remember being grounded for the entire year when I was 15, so I have to practice my breathing exercises when Tim wants to do modern teenage beach parties with bonfires and babes in bikinis. I have no reference since I did not live on a beach and was grounded that year. Did I mention that I was grounded... for the year?

Raising a teenage boy on a boat has its ups and downs the same as if you were living on land. Tim wants to hang out with his friends... we understand and try to facilitate as much "hanging out" time as we feel is reasonable. It's important. That is another reason we haven't rushed out of La Cruz. Letting go a little in Mexico sometimes makes me hyperventilate... but this is our life and Tim is almost grown. It's time for him to make choices of his own... kinds that extend further than which type of cereal he will eat in the morning.
Posted by hotspur at 7:48 AM